On Thursday, 6 February, LSE alumnus Thomas Piketty, Professor at École des Hautes Études en Sciences Sociales (EHESS) and at the Paris School of Economics, delivered a speech titled “Capital and Ideology”, named after his latest seminal book. Piketty explained the causes of worldwide inequality in the distribution of income and wealth to the audience at LSE’s Old Theatre. He then delivered some radical proposals for changing existing taxation systems and economic policy to eliminate the escalation of hereditary inequality.

This event was organised by LSE International Inequalities Institute and chaired by Minouche Shafik. In his previous bestselling book, Capital in the Twenty-First Century (2013), Piketty elucidated on the dynamics of capitalism through the analysis of taxation data from more than twenty countries since the eighteenth century.  Regarding his latest work, Capital and Ideology, Piketty said “what’s new compared to the previous work, I tried to put emphasis on what I call the story of ideology” and highlighted the need to seriously understand how inequality affects ideology. Piketty pointed out the tendency for social democratic parties to shift from the party of workers and less educated social groups to the one party of winners of the competitive education and economic system all over the world. He cautioned that this common trend has lead to today’s disillusion with the political left as well as the breakdown of the political structure of the left versus right. This is because the rise of ‘elitist’ political parties has caused the expansion of populism.

Picketty also warned that xenophobic and nationalist forces are gaining power internationally, and emphasised that they “will not solve the problem of rising inequality, climate change and environmental problems”. Instead, he highlighted the importance of employing pragmatic means to tackle the inequality in the current economic system, which, according to him, is the root of a wide range of social problems that we are facing.

Piketty emphasized the need to balance the right of property owners with the right of workers, local government and environmental associations and said that “internationalist and egalitarian solutions to transform the structure of our economic systems are important”. As remedies, he advocated for a tax reform,  increasing progressive taxation of inheritance and income as well as a reform of capitalism, increasing the seats of worker representatives on corporate boards. Furthermore, he proposed an implementation of a lump-sum cash payment of 120,000 euros for all youngsters at the age of 25 in France to resolve the problems of property acquisition.

Regarding inequality in the U.S., Piketty mentioned that the rise of the top 1% share of income mirrors the fall of the bottom 50% in the last half-century, and explained the escalation of wealth disparity and its causes. He presented a line graph showing that “if your parents are poor, you have a 25% chance of university access, while the rich have a 95% chance”. Picketty mentioned the implementation of the progressive wealth tax, currently being discussed in the U.S. election campaign, and said that “things are always changing much faster than what many observers imagine” and implied the future possibility of a trend shift in economic policy.

From the standpoint of a researcher, he advocated that the notion of national income,  which reflects domestic and foreign outputs, should be used as an economic indicator rather than GDP. To LSE students and staff,  he acknowledged that “it’s great that there’s more work in the social sciences, not only in economics but in all other departments that are interested in the evolution of inequality” and mentioned his high hopes for a pragmatic approach in the study of inequality at LSE. 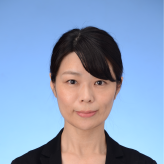 MSc IR (2019-20) I worked for a newspaper in Japan till August 2019, as a writer, covered mainly social problems, political issues and also edited each page at the head office.