On Tuesday, November 8, 2016, Donald Trump performed a historic upset. After an entire campaign in which voters and pundits mocked, attacked, and underestimated him, after the Washington Post reported on two week before election day that his chances at victory were approaching zero, he defeated one of the most well-known and established public figures in American history to become the 45th President of the United States. Love him or hate him, and I really hate him, Trump accomplished something genuinely impressive. On Tuesday, November 3, 2020, President Donald Trump is on track to do it again.

Since the second that Donald Trump announced his campaign for the presidency on June 16, 2015, he’s provoked strong emotions – his improvised racist babbling on what he viewed as an invasion of rapist, drug-dealing Mexicans provoked a wave a condemnation. Trump defeated Hillary Clinton in 2016 without winning the popular vote, and has since than failed to exceed 50% support in polls, only in February reaching a high of 49%. He is a uniquely vulnerable incumbent, one who cannot make good news stick even in the wake of a seemingly strong economy. The Democrats, especially with a strong candidate, have a clear path to victory. I am not attempting, nor would I attempt, to dismiss that.

But I worry that my fellow Democrats have grown complacent – we assume that 2016 was an anomaly. We had a uniquely weak candidate who ran a uniquely poor campaign. We assume, therefore, that the default is that the system corrects itself in 2020. That we win. This is a mistake.The default is, and should be assumed to be, that Trump wins again. Incumbent presidents tend to win – they’ve won 14 of 19 re-election bids since 1900. Despite his low approval, Trump shares this advantage; he is in a far better position for victory now than he was four years ago.

First, let’s consider why Donald Trump won in 2016. For those of you not aware, in the United States the President is not elected directly by the people. Instead each state votes for electors who vote for President on their behalf, and are usually (though not always) obligated to vote for whichever candidate won the most votes in their state. And so, while Trump may be behind every one of his democratic opponents in national polls, it’s ultimately not as important as whether he can win a coalition of states.

Specifically of importance are Michigan, Wisconsin, and Pennsylvania – all are traditional Democratic strongholds that Trump won in 2016. If Trump wins these states again in 2020, he’s in a very good position to once again take the presidency. So, how is he doing in these states so far? Not great, but on track for success. In Pennsylvania, Trump is clearly competitive, though not definitively winning – he ties with Biden and is behind Sanders. 58% of Pennsylvania voters give Trump high marks on his management of the economy.

In Wisconsin, Trump is on the rise. One poll puts Trump ahead of every one of his potential Democratic rivals in Wisconsin, leading both Joe Biden and Bernie Sanders by 7 percent. Wisconsin has been hit particularly hard by the Trump economy – total jobs have fallen since 2017, Harley-Davidson shifted its production overseas in response to retaliatory tariffs, and the state lost 10 percent of its dairy farms last year.

Michigan seems to be where Trump is the most concerned. Trump is consistently behind his competitors in the state, and even loyal Trump staffers seem pessimistic. The President  benefited from the Clinton campaign’s failure to invest in winning the state but, as Politico points out, the Democrats are unlikely to make that mistake again. Right now, it seems that the Republicans’ chances of victory here depends heavily on the outcome of investments in Wayne and Macomb Counties. In Wayne, Hillary underperformed but won in 2016, in Macomb, Trump won where Obama won four years earlier.

In the meantime, Trump’s four years in the White House has lent him credibility as a conservative leader and as a political figure. When he first declared his candidacy, he was a complete joke. When asked to write on how he could possibly win the nomination, New York Times reporter Maggie Haberman simply said, “We are stumped”, and joked the maybe he could have a chance if he buys “a state with an early nominating contest, like New Hampshire, and brand it with his name”. Now he’s the President of the United States of America, and enjoys all the advantages of the incumbency – legitimacy, the bully pulpit of the presidency, and an increased ability to raise hundreds of millions of dollars for his campaign.

And, unlike four years ago, Trump has full command over the Republican Party. While much has been made of anti-Trump Republicans like Mitt Romney or George Conway, there’s little reason to believe that reluctant, moderate Trump voters are going to ditch him in 2020. These voters, according to fivethirtyeight, represent about ⅕ of his coalition.They often are college educated, moderate, and registered as independents. And, most importantly, 83 percent of them, at least in 2018, had no regrets regarding their vote, and 87 percent said that they approved of the President.

Could these voters be swayed by a relatively moderate Democrat like Joe Biden? Maybe, but there’s little reason to believe this. Joe may not be as radical as Bernie, but he’s still unlikely to appeal to Republicans whose main concerns are economic growth and tax cuts. Joe Biden  would be unlikely to support the kinds of fiscally and socially conservative policies that these voters want from Trump. Fiscal conservatives see a country making economic progress, and they like the tax cuts. The Christian right are happy with his Supreme Court appointments, and his base is still fully behind him. It also doesn’t help that Biden’s statements on the campaign trail range from problematic to just plain weird.

So, Biden’s argument, which is that he can convince Trump voters to ditch his campaign, is probably out. But what about Bernie? His argument rests on turnout – instead of poaching Republican voters, could he drive young people to the polls in large enough numbers to take back Pennsylvania, Michigan, and Wisconsin. Again, this claim is questionable. As David Broockman and Joshua Kalla point out, “Given how many voters say they would switch to Trump in head-to-heads against Sanders compared to the more moderate candidates, the surge in youth turnout Sanders would require to gain back this ground is large: around 11 percentage points”. By comparison, Barack Obama drove up black turnout in 2008 by just five percentage points, in a year that saw historically high amounts of turnout.

And, as the New York Times points out, while Bernie has seen success in primary contests, he hasn’t seen the level of turnout that would support his argument for general election victory. Even the campaign’s national co-chair, Representative Ro Khanna of California, admitted “turnouts aren’t at the level that we would hope”. Sanders may well drive up turnout, but it’s yet to be demonstrated that he can drive up turnout in the specific areas that he needs to, and to a large enough an extent as to make up for increased turnout among Republicans that could result from fear of a socialist President. Bernie may consistently best Trump in the polls, but that simply is simply not a clear indication that Bernie is going to be able to win in key states with the voters he needs to after general election campaign where he is going to face a new level of scrutiny. So that argument, like Biden’s, is questionable.

As weak as Donald Trump may be, the Democrats are not in a good position to win this election, especially if the American economy stays strong. Which, admittedly, it may not. The coronavirus could very well tank the world economy, and Trump’s approval waiting rating is already starting to take a hit. If the economy slips into recession, it would eliminate the key argument in favor of Trump’s reelection – you may not like me, but at least you have a job. Yet, But Democrats should neither hope for nor rely upon a recession, asand even a poor economy is not a guarantee that Trump would lose.

But, if the economy tanks, it would be less difficult for any Democrat to lose to Donald Trump. IAnd, if the economy stays relatively strong (at least by traditional indicators), it will difficult for any Democrat to win against Donald Trump. This remains true regardless of whether the nominee is Bernie Sanders or Joe Biden, Michael Bloomberg, Elizabeth Warren, or Tulsi Gabbard. This doesn’t mean that Democrats should lose hope, but the party, and the nominee, can’t be complacent. Winning is absolutely not the default. 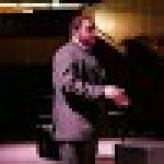