On Monday 24th October, Freedom of Mind LSE’s UGM motion to improve mental health support at LSE passed with 434 votes in favour. The motion sits in a wider movement of mental health-related campaigns that are a serious cause for optimism; for the first time, students are making genuine, university-wide progress towards improving support for students. But has enough been done? And even if so, what comes next?

Let’s start by discussing what’s changed in the last year. Since September, a wave of student-led activism has put mental health firmly on the agenda. Laura Goddard and Ella Holmes’ UGM motion to improve support for sexual assault survivors marked the start of a flood of positive change: the Hands Off LSE festival; the creation of the LSE Consent Collective; Jack Boyd and Sam Rowland’s Drug Policy Reform, and David Gordon’s support map to name but a few. We’ve even seen some initial concessions by the school to improve mental health support and increase the number of safe contacts for sexual assault survivors. The Freedom of Mind team and I couldn’t be prouder to be a part of this wave of progress.

But behind all of this progress, a worrying thought lingers: will the SU’s three new mandates lead to genuine, permanent change? There are many factors that may slow down progress. A reluctant school leadership with a tendency to prefer “working groups” to actual change; a need for constant monitoring of the SU to keep this progress up, and the ambitious nature of students’ demands could frustrate the successful campaigns of 2019/20.

How do we counter this? The first solution is for students to keep the pressure on. ‘Hands Off LSE’ and ‘Freedom of Mind’ should both expand their activities next year to maintain and nuance ongoing conversations about support and services. The creation of the LSE Consent Collective is a promising step, but with many of its members graduating this year, there’s a real need for new student leaders to step forwards (you should sign up to their Facebook group if you’re interested!). Similarly, two-thirds of the Freedom of Mind team will be upping sticks next year, leaving room for the next generation of campaigners to step up. Whether this year’s progress is cemented, then, is in the hands of next year’s campaigners.

Also crucial will be this year’s Sabbatical Officer elections, which are just around the corner. Only one General Secretary candidate in last year’s elections had mental health at the top of their agenda, and he was dismissed as a protest vote. Candidates this year have a responsibility to do better: not running on a mental health platform would be to ignore the strong tides of student activism in the last year. Our choice of Community and Welfare Officer will be just as crucial.

Going forward, there’s cause for optimism: mental health support might genuinely be getting better at LSE. But the ball is now out of our court. It is down to next year’s elected students and leaders to keep setting the agenda for change, and to continue to aim higher and wider.

Freedom of Mind LSE ran for the first time from the 7th-11thof October 2019 and is planning to return to the LSE campus next academic year. 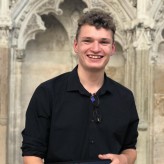