As outbreaks of Coronavirus grow across Asia, Europe and, more recently, the Middle East, panic and, subsequently, instances of Sinophobia are spreading as quickly as the disease. With the virus advancing across borders and beyond Wuhan where it originated from, accounts of hostility towards East Asians has risen. On 31 January The Guardian reported on rising incidents of hostility towards Asian people in Italy, France, Canada and the UK. Many Chinese people, including students at LSE, have become cautious about how others interact with them.

In the LSE Director’s Q & A session, on 11 February, students voiced their concerns regarding an increase in bigotry as a result of the outbreak. LSE Director Minouche Shafik reassured students that any mistreatment at the school is unacceptable and that LSE is taking a strong stance on the issue by ensuring all complaints are investigated thoroughly.

Dolly Chan, a second-year Economics student, told The Beaver that although she and her friends had not experienced anything violent at university, they had been confronted with distasteful jokes and microaggressions at the height of the panic.“People have asked if we were from Wuhan, as a joke, and some people moved seats if we coughed in the library […] one person even covered their face as they walked towards my friend on campus”, Chan explained. “The jokes, although passed off as light-hearted banter and not ill-intentioned, just feed into normalising casual racism towards the East Asian demographic, which is the problematic part,” she went on to say.

LSE is renowned for its international diversity, with students from over 148 countries and approximately 32% of its student population from Asia.

When asked whether she thinks LSE has done enough to reassure the Chinese student body about inclusivity in the university, Chan replied that she doesn’t believe it’s completely necessary for the School to write exclusively to Chinese students. “They’ve done a good job presenting their attitudes towards inclusivity”, she said, “and Minouche has been really clear about the School’s values and ethics code in her updates, which I appreciate and found reassuring.”

In a series of email updates regarding Coronavirus in the UK, Minouche has reminded students of the School’s values:

“As an institution, LSE is absolutely committed to equity, diversity and inclusion for all members of our community. We have clear codes of conduct as outlined in our Ethics Code and Student Charter that set out the values all of us have a duty to uphold.

This includes treating all people with equal dignity and respect, ensuring that no one will be treated less favourably because of – among other things – their gender, ethnicity and race, religion or belief, sexual orientation, or social and economic background. Bullying and harassment will not be tolerated.”

Most recently, Shafik addressed the LSE community to disseminate travel considerations and information regarding the virus. She ended the email by reminding students to respect “people’s choices in terms of how they look after their personal wellbeing” and “work together to create an inclusive, accessible and safe environment for all.”

For Chan, “the emails were clear and a nice contrast from most of the news headlines that drove the panic”.

The university encourages all its students to report any instances of discrimination and use the Student Wellbeing services available at LSE. 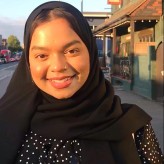