Jintao Zhu writes about the Coronavirus, xenophobia and the implications of being afraid of the mask.

The Coronavirus (2019-nCov) outbreak has caused severe consequences. Based on the official report, 28,083 cases had been confirmed. The death toll had reached 564 as per the 6th February. Another number that rises rapidly is the demand for hygiene face masks. Required by both hospitals and common citizens as important protective equipment, hygiene face masks have become a necessity. In most cities, citizens cannot access public transports if they do not wear masks.

However, there is inadequate supply to meet the high demand. There are many contributing factors for this demand-supply mismatch. The sheer size of the population, the one-off nature of most hygiene masks, and mismanagement by local organizations have all contributed. Additionally, the factories manufacturing the masks are not operating at full capacity due to the lunar new year holiday, as well as the quarantine imposed in many cities, making it harder for workers to return to their jobs.

Several neighbouring countries to China share a similarly high domestic demand for masks and have encountered the shortage. Some governments have imposed purchase limits and export bans. Still, most people in the streets wear masks. In contrast, the situation is very different in the western world. While masks are also out of stock online, they are purchased by Chinese overseas, who buy them either for their own use or for their loved ones.

Different guidelines are provided by the respective authorities. Unlike countries such as China, Thailand, Vietnam, Malaysia who put great emphasis on the use of masks, Western health agencies such as the Center for Disease Control and Prevention are sceptical about their usefulness. Indeed, they do not encourage uninfected citizens to wear them. Rather, they emphasise basic measures such as washing hands regularly and covering coughs.

The debate about the effectiveness of wearing masks goes on. It is hard for lay-people with no medical expertise to make the judgement. However, the initial “purely technical” debate has manifested itself with undesirable social ramification. Several cases of alleged assaults against people wearing face masks have been reported in the US and in the U.K. In less severe but more common cases, mask-wearers have been isolated or avoided in public. Such phenomenon deserves attention and investigation, as often this amounts to xenophobia. Indeed, there are also many cases of discrimination not against the mask-wearers but against all the people with Chinese-looking appearance.  These are fuelled by anxiety, ignorance and racism.

It seems irrational to be afraid of mask-wearers. So why does their common-place use in a variety of countries inspire fear in the West? It turns out culture and convention play a significant role. In Western cultures, people usually link wearing face masks with actually having infectious diseases. People wear masks to prevent the virus from spreading to others and, as masks are not an orthodox preventive tool, all who surround them are in the infection zone. Such an understanding of the use of masks makes people intuitively treat the mask-wearers as virus carriers. This amounts to ignorance and serves to justify discriminatory behaviour.

In reality, wearing masks has potential benefits not only to the mask wearer but also to those around them. The mask can protect the mask-wearer whilst also protecting others, so should be met as the act of a conscientious citizen rather than a carrier of a disease. If they are made to feel alienated because of wearing their mask, this would actually increase the chances of any diseases or illnesses spreading.

The discrimination of mask-wearers is xenophobic. This can no longer be ignored. I hope this article helps illustrate the harms of discrimination against mask-wearers. After all, regardless of whether masks are effective, the mask-wearers have demonstrated responsibility not merely for themselves but for the community. They deserve respect rather than hatred. Especially in the global context. While we are facing many challenges, mutual support and understanding are especially valuable and important. 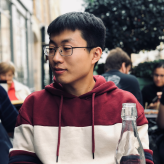