Recently, Pret a Manger made the decision to double the discount for hot drinks when customers use a reusable cup. The saving of 50p slashes the price of the reliable old filter coffee to just 49p, meaning that a student can now get two coffees for less than the price of one in a disposable cup. This attempt at encouraging customers to act more responsibly and to be more environmentally conscious is welcomed, but it appears to be another nudge down a long road to ethical consumerism when there are shorter routes to be explored.

As many as 2.5 billion paper cups are thrown away in the UK each year, with only 1 in 400 being recycled. To make the cups waterproof, they are often lined with polyethylene, which cannot be separated from the cups in a standard recycling mill. As coffee culture is omnipresent in modern society, and as it shows no signs of waning popularity, we must find a less wasteful way to get our caffeine fix. Starbucks and other coffee chains offer similar savings for those who bring their own cup, and have done so for a few years now. The slight saving seems to have converted those who are already environmentally aware, but there must be to encourage the masses to bring their own cup.

A fresh approach could be trialled following the success of the introduction of the “plastic bag tax” in the UK, in which the 5p levy cut down their usage by 85%. When faced with a situation in which one is forced to pay (albeit 5p) for a plastic bag, it seems that this has had a greater effect on the general public than the hypothetical alternative scheme in which they make a 5p saving everytime they do not use a plastic bag. This reasoning could be applied to the coffee situation; if one were to pay an extra 25p every time they want a disposable cup, it would be more effective than a 25p saving for using a keep cup.

MPs are calling for a levy on takeaway drinks and have announced the aim to make all cups recyclable in the next five years. However, as around 500 cups are thrown away each second in the UK, the power to take immediate action is in the hands of the consumer. For this reason, please don’t knock my keep cup. 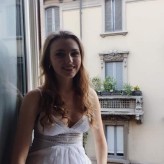