The British Monarchy has been in some form of a rut since the death of Diana, Princess of Wales, in August 1997. Her brash, honest and relatable character won legions of support from royalists and those indifferent to the royal family alike. Her mental health problems and high-profile relationships following her divorce from Prince Charles brought an air of normality to the royal family that had not been seen before. Some may argue that this was returned in the marriage of her son, William, to a “commoner”, Kate Middleton. But Kate is far from relatable to the average man or woman. Whilst Diana had an aristocratic lineage and a privileged upbringing, her vibrant personality, travels to help the poor and celebrity friends made her a woman of the modern era. Kate, whilst not aristocratic, is far from this. She lacks the humour and infectious personality that Diana has, maintaining a somewhat tough, haughty exterior. She is also white, privately educated and came from a millionaire family, albeit a self-made one. So, whilst people broadly supported Kate as a match for William, the Royal Family were still lacking somebody with Diana’s modern charm that would, in time, become necessary to their survival.

Enter Meghan Markle. And what an unconventional match she is. Even in the 21st century, it was somewhat shocking to hear that Prince Harry, the grandson of the incumbent monarch, was dating a mixed-race, divorced, American woman.
Meghan is a breath of fresh air in an otherwise stale monarchy. She is a public figure and a key focus of the media after her role in Suits, one of Netflix’s most successful series. The general public can most definitely relate to her. She has no aristocratic background, she has a mixed heritage, and has been seen on TV for years, so she is known to many people already. Her divorcee status also showcases her as somewhat flawed, a more appealing and relatable trait than those exhibited by “squeaky clean” Kate, whose first and only relationship was William. Her engagement to Prince Harry shows how far the Royal Family have come in modernising themselves. One only needs to look back at the last century to see this. A similar story occurred in 1936, when the incumbent King, Edward VIII, desired a marriage to an American divorcee, Wallis Simpson. This is a situation not too unlike Harry’s, so would be accepted today. Yet the public outrage and moral outcry from the decision of the Supreme Governor of the Church of England to marry a divorcee ultimately led to Edward’s abdication.

Of course, Harry is in a very different position to his great-great uncle, given that he will likely never inherit the throne. Yet the uproar would still have been the same in the 1930s, and even more so due to Meghan’s mixed heritage. Harry’s marriage to the epitome of the modern woman shows how far the Windsors really have come. Gone is the perception of the Royal Family as an antiquated ideal of the past, whose lives the general public are indifferent to. I’m neither a staunch royalist nor a staunch republican. The activities of the British Monarchy have never really interested me enough to have a staunch opinion on them. Yet the arrival of modern Meghan into the most aristocratic family in Britain is enough to engage me. The adoption of a mixed-race, American woman into a historically colonialist, nationalist and traditional family shows how the royals are breaking their moulds of the past, and becoming a family of the 21st century – not a family of stuffy white people living in the past. Diana was beginning to break this mould, yet her premature death and Charles’ later marriage to Camilla Parker-Bowles, the standard breed of royal bride, backtracked her efforts somewhat. But Meghan can be the new Diana, and provide the modernising zeal that the royal family so desperately needs. History has repeatedly shown that there is only so long that antiquated structures can stand in a modernising world. By integrating Meghan into his family, Prince Harry may have done something key to ensuring their survival. Here’s to the modern royal family, kids. 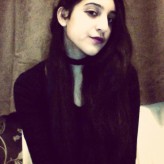