A few days ago, an anonymous writer submitted a piece (found here) that lamented the use of the term ‘cultural appropriation,’ writing that ‘we should appreciate and respect other people’s cultures, learn from them, incorporate them in our society.’ Whilst we should obviously appreciate and respect other people’s cultures, this has all too often not been the case, and the term ‘cultural appropriation’ has opened up the conversation so that we can understand when we are being offensive. Of course, everyone has different views on what is and what isn’t appropriation, and the best rule is to be considerate of others. Here, we attempt to create a loose guide on how to approach cultural appropriation and how to adjust your actions so that you don’t hurt others.

Melissa: I interpret a situation as cultural appropriation when a dominant culture takes an aspect of a minority’s culture and benefits from it, while a person from the minority culture would draw negative attention if (s)he were to engage in the same practice. This is problematic because it erases a part of a person’s identity; as a Chinese person who hopes to become a British citizen one day, I would want my children to hold on to their Chinese heritage whilst embracing British culture. It’s also a problem because people of the dominant culture tend to hold a monopoly on deciding which parts of a minority culture are considered acceptable.

Sudeep: I personally had given very little thought to the concept of cultural appropriation at all until very recently. For me, the defining factor of appropriation lies in the belittlement of a culture due to incorrect usage of a part of that culture, whether it be through ignorance or a lack of effort. An example would be the casual use of the bindi. Whilst White people may think it is simply a fashion statement and looks “cool,” they do not appreciate the subtleties of its meaning in the Hindu religion. To wear a bindi is, even today, a very significant point of pride to an engaged woman, and for White people to disregard that simply because they think wearing one will mean more likes on their next Instagram post is appropriation and extremely disrespectful.

M: However, I do agree that people sometimes jump onto the cultural appropriation train far too easily. It is important to note that there is a difference between cultural appropriation and cultural exchange; things that are labelled as ‘appropriation’ are often simply cultural exchange. The difference between the two is that cultural appropriation occurs in a space where the exchange of information is not equal; the dominant culture profits in a way that the minority culture does not. Cultural exchange is something that happens on more or less equal grounds and, as implied by the term, is an exchange where both parties benefit. An example of cultural appropriation would be the usage of Buddhist ideals associated with calmness, such as ‘zen’ and ‘nirvana,’ by companies in the marketing campaigns of their drinks, food, or general products when Buddhism itself is against consumerism. In doing so, the companies bastardise and disrespect core Buddhist ideals. On the other hand, the widespread popularity of bubble tea shops would be cultural exchange. Non-Chinese/Taiwanese people in the US and UK are able to incorporate a new culture into their own, enriching theirs with the addictive goodness of bubble tea, whilst immigrants with Taiwanese/Chinese roots are able to use their creativity to carve out a niche market for themselves with new flavours of tea. Most importantly, this exchange was done on the terms of the originating culture. Unfortunately, there are still some grey areas. For example, the infamous prom dress issue, where a White girl wore a Chinese Qipao to prom, could almost be labelled as cultural exchange; however, she was disrespectful, calling it ‘just a fucking dress.’ Even if she had been respectful, she failed to acknowledge and understand the disproportionate harm suffered by Chinese-American students who would not wear a Qipao to prom for fear of backlash or snide remarks.

S: On the other hand, I think an “exchange” can be seen in the engagement celebrations of Priyanka Chopra and Nick Jonas. At first glance, he wears what appears to be a simple white outfit, but he is actually wearing the traditional Indian dress of a groom celebrating his betrothal. This is not an outfit that is worn day to day and holds great religious and cultural significance. Done tastefully and with clear deference to the customs and traditions of the culture, this is an excellent example of cultural exchange; Nick Jonas has respected both the family of Priyanka Chopra and the culture he has immersed himself in.

M: All this can seem quite confusing, so as a general rule, I like to think of it this way: if I’m doing or using something from another culture, I’m usually in the clear if I’m 1) respectful, 2) not monetarily profiting from it, 3) not sexualising or harming it in other ways, and 4) willing to learn if people of that culture respond negatively. And whilst one should not dress up in traditional dress for a costume party or Halloween, I believe that dressing up as a specific character, such as Mulan or Maui, is acceptable. Of course, one still has to be responsible and thoughtful in determining the boundaries of how far one should try to look like a character. Changing one’s features, such as skin colour or eye shape, can often be construed as offensive.

S: I agree generally with points 1 and 3 but disagree with the notion that profiting off the back of other cultures necessarily means that I am appropriating that culture. I see nothing wrong with an Englishman going to China, deciding that a local delicacy is something for which he can see a market in the UK, bringing back that delicacy, and opening a stall. In my opinion, he is trading on level ground; there is no reason to assume he will simply attract more custom by virtue of being a local, nor is there any evidence to suggest the contrary. The idea that a people has priority on taking a good to the world just because they created it is something I, and all of free market economics, vehemently disagree with. Nonetheless, the important point remains that respecting and not harming the culture is of paramount importance. For example, if the delicacy was sold in a stall which was full of blatantly incorrect and frankly racist Asian stereotypes, then this would be a massive no-no in my eyes and amount to, once again, appropriation of the worst kind. We must realise that there is a fine line between appreciation, exchange, and appropriation. Until we understand these distinctions, we will forever be drawn into the timeless debate of those who believe that appropriation is wrong and a hurt that should be addressed and those who believe that those calling for the remediation of appropriation are over-sensitive.

M: I personally disagree. Often, it is easier for a White person to open a business based on ethnic foods or practices. There are stereotypes connected to people, such as dirtiness or a tendency to cheat you out of your money, that make them struggle to gain business. On the other hand, a White person is often a blank slate, allowing them to profit more easily whilst a person of colour trying to sell the same product might struggle. It is true that the person selling may not be at fault, but the fact remains that doing so allows the perpetuation of the idea that people can appreciate the culture (or aspects of it) whilst avoiding the people who created the culture. It allows people to take what they want out of a culture without any regard for people of that culture.

S: Although we disagree on our own personal interpretations of the phrase, we nonetheless agree that it is only because we have the necessary language that we can discuss it. We cannot prove that one of us is right, but we can agree to be polite and respect each other’s views.

M: To throw out the term ‘cultural appropriation’ is ridiculous; what the term allows us to do is to open a conversation and ask us to respect each other’s cultures. The author of the original article claims that doing so segregates people. However, the examples raised by the author, such as Jamie Oliver’s ‘jerk rice,’ fail to acknowledge that people would rather take the aspects of a culture that they like and can sell than those aspects they cannot profit from, but instead can respect and learn from. We all make mistakes, but if we didn’t learn from them, we would never grow. If we choose to barricade ourselves from other cultures after being accused of cultural appropriation once, then the segregation that results won’t be because the world is ‘too politically correct’; rather, it will be because we are not willing to take the time to properly learn how to respect other cultures.

S: This often materialises in the form of one or many ignorant people attempting to justify actions and comments as not appropriating a certain culture. This is because they view cultures as open books for people to pick and choose out of with no regard to the consequence of such an action. It is easier still to defend that position when you yourself are not a member of that minority culture and don’t have to deal with the oppression of society on a daily basis. Feeling like your identity is being ripped apart piece by piece is something many people may never understand. If they did, they might stop and take claims of appropriation more seriously, and not dismiss them as simply over sensitive. Unless they do, all we can do is attempt to help others understand the consequences of their actions. 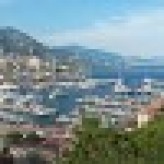