At the end of the last academic year, I found myself winning the role of social mobility officer. Now I find myself now faced with one of LSE’s biggest class-based problems; who is the LSE working class?

This LSE bubble has bred a weird culture. Someone once told me never to trust an LSE student who called themselves working class unless they are a fellow scholarship kid. I think of this every time I feel deceived upon the discovery of a friend’s culturally and financially middle-class background.

When it comes to being working class, I’ve had my fair share of experience. And there are students at LSE who can say the same thing, despite their exclusion and alienation. Between the code-switching, the desperate attempts to cover up any sign of being financially deficient, and the fetishisation of being poor by a few average middle-class students, it becomes difficult to figure out where to channel the support.

This isn’t a problem exclusive to my role – It’s also important to have friends in the same class as you as it is to have a friend with the same interests or music taste as you. Financial status is a determinant of what you can and can’t do. Financial anxiety as a result of poverty is something best suffered with people who have shared the experience.

But how do we define what is working class? Having blue-collar working parents is quite clearly a defining characteristic. Students who were on free school meals as a form of governmental financial support are also pretty obviously participants of the “Social Mobility Show”.

But it isn’t always so clear-cut. London is expensive, and some students are adamantly independent. This means that the method of using income as our measure for who is “part of the club” can exclude people who fall into the grey area. What about those who are new to financial insecurity as their households stumble upon hard times? Sure, they may have been raised with an advantage over the more obviously working class as defined above, but does that invalidate their need for support? And what about those who have spent a lifetime sharing the experiences of the working class, holding on to the mental harm that poverty causes, but have recently found themselves wealthy? Does their current financial security ban them from a space they recognise for a shared culture with their childhood?

I have to admit, I don’t have the answers to these questions. This discussion is something that needs to take place campus-wide, with many more voices than just mine. But one thing’s for certain; so far, the ivory towers of elite universities have avoided the question of how to navigate the world of academia from diverse perspectives, as places for the exclusively white and wealthy. But 2019, with its accessibility measures and support networks and its higher intake of unconventional students, brings a new urgency to a whole host of identity-based questions. The ones I ask you, as your Working Class Officer for the next academic year,  are these; what is the working class? Who am I supporting? Who do I speak for when I say “We”? 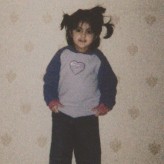