I would like to start this article by thanking the author for his brave but misguided article. As a community it is imperative that we encourage and facilitate the communication of these opinions regardless of how hurtful and misinformed they can be. It is through challenging ignorance that we can derive meaningful change.

Before outlining my arguments in this article, I will commence by disclosing my heritage which has shaped my opinions, perspectives and experiences. I was born in Milton Keynes to a French mother and an Indian father. Due to the wonders of globalisation I also have close relatives from Morocco, Ethiopia and the United States. I am passionate about multiculturalism and serve as BME officer for the LSE Labour society as well as member of the LSE academic board. I do not wish to regurgitate Tania Ahmed’s response but instead want to highlight some real and fair issues with the BME categorisation and provide some constructive criticism of my own.

It is true that the term ‘BME’ is largely riddled with confusion and contradictions. It homogenises a wealth of different ethnicities, experiences and struggles into a single blanket term that is used arbitrarily. To suppose that the experience of a fair skinned Arab man can be equated with the history and struggle of an African women is questionable. Each entails a radically different historical power relationship with British society and encounters different types of barriers. However, I believe that the term’s weakness is also a source of strength. Through abstracting itself from these important nuances and uniting ethnic minorities under a single umbrella, it empowers us to collectivise around the issues that affect us all. It allows us to combat the broader historical institutional and racial structural barriers that have systematically constrained, shaped and oppressed people of colour as a whole. Thus, whilst the term BME is in dire need of reform, I believe that as Abraham Lincoln once said, “a house divided against itself, cannot stand”. The term empowers ethnic minorities to collectivise and fight against general racism in British society.

Whilst I am convinced that the term BME is in need of reinvention, the arguments presented in the “poverty of labels” article fail to address the actual issues with the term. Through justifying his argument that BME categorisation ‘perpetuates division, obscures socio-economic inequalities’, the author appears to craftily dismiss the existence of intersectionality and controversially, racial structural barriers. Setting aside the poverty of empirical evidence in his article, I will commence by addressing his arguments directly and then introduce a wider response to why BME categorisation is a key vehicle for change in society.

1. “In a UK context, BME defines people who are ‘non-white’. This immediately makes the BME/non-BME split biological, and not too dissimilar to categorisations used to justify horrendous acts of segregation in the past (and current) century”

Firstly, to say that BME solely defines people that are non-white is inaccurate and simplistic. This misconception is a product of the definitional ambiguity of the term elaborated earlier. There is a difference between being coloured and identifying as BME. The former is an inescapable biological fact whilst the latter is a choice based on identifying as an ethnic minority. The principle distinguishing feature is that colour is real whereas ethnicity is a social construct. Thus, the motives for identifying as BME are not limited to being coloured, but rather the institutional racism, shared struggle and experiences their position as a minority has brought them. I do not identify as BME because my skin has the lightest shade of brown, but rather because I share a struggle against institutional barriers that other BME students face.

Secondly, his belief that BME groups mirror the horrendous acts of segregation in the past is clear false equivalence. Firstly, BME categorisation does not constitute a ‘club’ with special privileges that would mirror many ‘white’ groups of late. Contrary to many white supremacy groups BME groups are not premised on the belief that we are inherently superior to the ‘other’, but rather that we have been treated as inferiors for too long. Conceptualised in terms of power, BME groups do not seek to exercise power over ‘whites’ but rather establish a form of equal power balance between both. This nuance is important. The horrendous acts of segregation the author alludes to have been instances in which ‘white’ people have sought to impose power over people of colour due to an intrinsic belief that they are superior. Equating BME groups that seek to promote racial equality and reduce structural barriers of inclusion to white supremacy groups is intellectually dishonest.

2. White working-class students, of whom there are many, are left behind by initiatives that solely help ‘BME’ students and remain disadvantaged as a result. This is quite unfair, and dangerous.

It is evident that the current initiatives to bridge the attainment gap between working class and more privileged students are inadequate. An independent TES report conducted in 2016 highlighted that just 22% of pupils on free school meals are progressing to university. They are less than half as likely to go to a Russel group university than their wealthier peers. On a personal level, my secondary school was situated amongst the 20% most deprived neighbourhoods in the country. Chronic underfunding, poor teaching and systematic inter-student violence translated to incredibly poor attainment levels. With the correct levels of investment working class students would become a vital asset to this country.

However, whilst I share the author’s concern regarding the plight of working class students, the crux of his argument is shallow and empirically invalid for two reasons. 1) He fails to account for how intersectionality creates multiple dimensions of social depravation and 2) The causal link he asserts between BME Initiatives and disadvantaging white working-class students has no empirical validity. Racism, sexism, and classism form wider oppressive institutions that constrain individuals and are by nature interconnected. If he accepts that racism (it is unclear if he does), sexism and classism exist, then by definition a non-white working-class women individual suffers from multiple oppressive forces that cannot be solved through focusing on one ie: class. Thus, to proclaim you support equality and in the same vain dismiss racism as an oppressive force is ‘unfair and dangerous’. Secondly, to claim that the provision of BME initiatives are at the detriment of working class students without providing any form of evidence to substantiate it lacks integrity. There is absolutely no correlation to be found between both.

3. “Speaking from my own experience at City firms, I realised that people do not care about where you come from, or what colour your skin is: what they care about is you being an effective worker, pleasant to be around, and appropriately behaved. It’s clear that none of these have to do with race”

I’ll keep this one brief.

I have no doubts that as a foreign Russian student, the author has worked hard to penetrate an industry renowned for its strict social and academic entry requirements. However, to premise the redundancy of BME promotion based on one’s limited personal experience in an industry is problematic. To claim that activities in the financial industry has ‘nothing to do with race’ is to dismiss 400 years of British banking history. This is an industry in which not only is a black director four times more likely to be denied a loan outright than his white counterpart, but according to a 2011 financial times report is also subject to higher interest rates. In terms of employment, Black, Asian and minority ethnic people comprise of 14% of the workforce but only 6% of top management positions in the financial industry. These statistics are not natural nor inevitable. People of colour retain the same intellectual capacity, intellectual curiosity and motivation that white people do. This disparity can only be explained by structural barriers that both constrain and condition people. BME people are working within the confines of real glass ceilings that cannot be dismissed by a small anecdote by a university undergraduate.

In sum, this article examines a mere snapshot of his arguments. The term BME has real pitfalls and definitional limitations that merit intense scrutiny. This article, however, is nothing short of a sad attempt to dismiss institutional racism and intersectionality. His arguments should not be taking lightly. For a man seemingly destined to work in the finance industry, the author’s perspectives and opinions are dangerously close to reinforcing the same discourse that stifles BME development and growth. 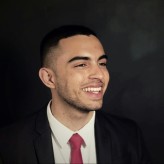