As Michaelmas Term gives way to Christmas, many of the LSESU’s Student Societies prepare to observe the winter holidays by hosting events and activities on campus. Ranging from cultural to religious, and spanning different faith traditions, LSESU societies hope to provide a host of options to students looking to celebrate on campus before the term ends.

On 9 December, LSESU Nordic Society hosted a Christmas dinner with “heaps of herring and schnapps” according to society President Anna Johansson, a second-year Politics and History student from Sweden. She added that for those interested there will be plenty of traditional St. Lucia’s Day celebrations in London complete with candles, choirs and hymns.

The LSESU Jewish Society also commemorated the holidays with food, which according to one member “is pretty much the MO for any Jewish holiday.” Chanukkah, which falls at the same time as Christmas this year, remembers the Machabees’ revolt against the Seleucids in 166 BCE and Temple Menorah which remained miraculously lit for eight days after the Machabees’ victory until more oil could be acquired and consecrated. Many traditional foods for this holiday thus incorporate oil in some way to remember the miracle of oil, and the LSESU Jewish Society hosted a Chanukkah party on 9 December open to everyone with an offering of doughnuts and fried potato pancakes known as latkes.

Likewise, the LSESU Christian Union hopes to spread the spirit of the holidays on campus. The Society will hold a stall to provide hot chocolate and lead caroling on Tuesday, 10 December, while hosting discussions with students about what Christmas means to them.

Two days later, on 12 December, the Christian Union will be holding a meeting to share the story of Christmas. “We believe it’s a story which brings joy to all people,” Yasha Lai, the Society’s Social Media Officer, told The Beaver.  Following the meeting, the LSESU Christian Union will lead a group to the Southbank Christmas Market to continue the festivities. 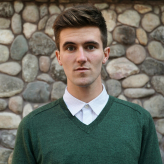