Founded at the edges of a notorious slum, the London School of Economics (LSE) will soon have a new neighbour: a high-end residence whose amenities include a library and cinema.

The construction of a luxury residence just a dozen metres from LSE’s Library and Economics department illustrates how this famously urban university now finds itself in the middle of one of central London’s most upscale neighbourhoods. It also raises questions about the role of high-end accommodation in the city’s housing crisis, which afflicts private renters and students alike. By catering to wealthy and often overseas buyers, are developers of luxury residences enabling the housing crisis, or mitigating it by contributing to badly needed housing stock?

For many LSE students, the debate is more than theoretical. The new residence — called Lincoln Square — will be a feature of students’ campus life for decades to come. And by building a residence at an address LSE had earlier expressed interest in purchasing for itself, Lincoln Square’s developers have blocked a potential avenue of expansion for the campus. Still, for some students whose families have reportedly purchased flats intended as living quarters while they study next door, the impact will be decidedly more beneficial.

From slum to prime office location

Today, Holborn is known for its coffee shops, law firms and literary history. But for decades it was better known as a sprawling slum. The rookeries in and around Holborn in the 1800s once inspired Charles Dickens to write some of his famous depictions of Victorian-era slum life.

LSE’s origins are linked directly to that history. LSE’s co-founder Sidney Webb was able to scoop up the initial 4,300 square feet “at a peppercorn rent” at the turn of the 20th century because London authorities had recently embarked on a slum clearance project that freed up cheap land. Holborn remained a hardscrabble part of London for years, but that didn’t stop the fledgling university from buying up more and more buildings. LSE was “the empire on which concrete never set,” the school’s former director William Beveridge is said to have once quipped.

But Holborn’s years as an overlooked part of town were numbered. In the late 20th century the rise of the city’s financial sector attracted new wealth, and developers raced to build up any remaining discounted areas of central London.

“Since about the 1990s, office locations have tended to swell out from both the City and the West End,” said Paul Cheshire, professor emeritus of economic geography at LSE. “This is now officially one of the prime office locations in London.”

“In the heart of academic excellence”

Until recently, however, there had been very little residential development near campus, and certainly no or very few high-end residences.

Then, in 2010, the site of generic office space at 48 Carey Street, just a few metres from LSE, went up for sale.

For LSE, it might have been a key opportunity in its bid to expand the campus. The school has ambitious development projects in the works, including the construction of the new Marshall Building at 44 Lincoln’s Inn Fields due in 2021 and the Centre Buildings Redevelopment set for completion in April.

But an expansion into 48 Carey Street was not to be. Following the 2010 sale, LSE’s bid for the site was unsuccessful, according to Richard Jenden, director of the property and space division at the school’s Estates Division. Jenden said he believed that although LSE had expressed in acquiring the site, it was “very much outbid by residential developers.”

For Indian real estate developer Lodha Group, 48 Carey Street was an attractive opening into one of London’s most appealing new upscale neighbourhoods. In April 2014, the site was purchased for £90 million by Lodha, which acquired it via an offshore unit incorporated in Jersey.

In June 2017, Lodha chose a firm called Multiplex to build the core and shell of what would become Lincoln Square for £73 million, by that point having pre-sold more than 70 of the eventual 221 flats for £130 million, according to media accounts. But Lodha may no longer be the proprietor by the time the building is completed: it was widely reported in the Indian press in November last year that Lodha, in a bid to reduce debt and strengthen its balance sheet, was in talks to sell Lincoln Square as well as its other London property.

Lincoln Square’s 221 flats — which will enjoy access to the building’s private library, billiards room, cinema and other amenities — were going for anywhere from £900,000 for a studio to multi-million pound, 3,200 sq ft penthouses. To attract buyers, Multiplex has not shied away from promoting Lincoln Square’s proximity to LSE and other universities as well as firms like Goldman Sachs and Coutts, a private bank and wealth manager.

“Lincoln Square sits within walking distance of many of London’s finest and oldest educational institutions, all of which attract high numbers of international students from all over the world,” say promotional materials. “The convergence of great minds and world class corporate names provide the area surrounding Lincoln Square with a strong sense of community and identity, with many of these global, market leading firms recruiting the brightest young talent from the LSE.”

Many of the Lincoln Square flats that have sold so far appear to be going to overseas buyers, according to a review of public documents available from the UK’s Land Registry website. And in October 2016, a Dubai-based paper and others reported that Lodha, while marketing Lincoln Square flats in Dubai, had sold a number of units to buyers in the UAE and elsewhere in the Middle East, including some intended as places for family members to live while studying at LSE.

A large number of overseas sales wouldn’t be surprising. LSE research from 2017 found that some international real estate agents sell around half of their central London units to overseas buyers. The report said overseas buyers — who play an important role in financing big projects at an early stage — most commonly make their purchases with the aim of letting the units out, though other purposes include using the units as London homes or for work-related or vacation visits.

Given Lincoln Square’s proximity to campus, relatives hoping to find a convenient flat for children or other family members to stay in while studying at LSE could do worse than scoop up a Lincoln Square flat.

What is causing the crisis, and what role, if any, do high-end residences like Lincoln Square play in it?

LSE professors say that a major cause of London’s housing crisis is chronic undersupply mainly caused by extensive planning restrictions. Height stipulations, protected greenbelt areas, and the preservation of sightlines to St Paul’s Cathedral or Monument all constrict available spaces in which developers are allowed to build, even as the UK’s planning system requires each development to secure the permission of a local planning authority, in contrast to the rules-based planning used in continental Europe and the US.

“I’ve been researching this area for more than 30 years now,” said Professor Cheshire. “If I was trying to design dysfunctional policies I could find almost nothing to make Britain’s worse.”

In 2014, a paper in the Economic Journal by LSE’s Christian Hilber, with coauthor Wouter Vermeulen, concluded that the UK’s “rigid supply regime” was helping to fuel the country’s housing crisis. Had the UK removed all its restrictions in the period 1974 to 2008, their paper showed, house prices in England would have been about 35% lower on average, or £147,000 instead of £226,000.

A few years later, an LSE masters student, Katerina Kaimakamis, examined a 2013 policy that made some offices in the UK — but not others — eligible to be converted into residential space. Her finding was stunning, attracting the attention of Professor Cheshire and earning her paper several awards: in her representative sample of units in London, the value of office units eligible to be converted rose 47% faster than the non-eligible units. The implication was clear: London was desperate for more places to live.

What is less clear is the role that luxury units play in this crisis. Many at LSE contend that, while an upscale residence might contribute to rising living costs by attracting high-income residents, the contribution to supply ultimately feeds into the market and satisfies demand elsewhere.

“Adding supply of housing to cities will mitigate affordability problems, even if the added units are luxury flats,” said LSE’s Gabriel Ahlfeldt, Associate Professor of Urban Economics and Land Development. “Take a rich family moving to London and buying a newly constructed upscale property. If the luxury unit had not been completed, they would have bid for another already existing house, adding to scarcity and pushing the price level.”

But other LSE academics say that a narrow focus on creating more supply — regardless of the nature of that supply — misses the bigger picture. Priya Gupta, a property law professor in the US and a PhD candidate at LSE, said that critiques blaming excessive planning restrictions for London’s housing crisis place too much faith in the market to correct its own failures. Simply easing planning constraints to allow more residential buildings to be constructed, without building more social housing or enacting rent control and other housing regulations, might only result in the creation of more upscale projects like Lincoln Square that make money for investors but fail to address underlying issues such as the lack of affordable housing, she said.

For one thing, she pointed out, there is no guarantee that a newly created luxury unit will be occupied, partially or at all. In that case, its contribution to supply could be minimal or nil. (Professor Ahlfeldt made this caveat as well.)

“Real estate is increasingly being used as a store for capital rather than as a marketplace to enable the supply of actual lived-in spaces,” said Professor Gupta.

In fact, a number of luxury residences in London are not only unoccupied but also unsold, for want of buyers who can pay sufficiently high prices. The most iconic of these include the top floors of the Shard or the West End’s Centre Point building, which infamously remained vacant for a decade after completion in 1966 and recently once again became partially unoccupied.

One of the reasons this can happen is that, when housing market prices dip — as they have in the wake of the Brexit referendum — owners of new-build luxury residences frequently cannot afford to lower their asking prices on the new units, or resist doing so. If they did, and subsequently sold the units at those lower prices, they might not make a return on their initial investments. So it can sometimes make more sense to leave the units unoccupied while they wait for real estate prices to bounce back up. Historically speaking, after all, that is practically an inevitability.

Lodha didn’t respond to queries about project specifics, including how many of the 221 flats have been sold. But it isn’t implausible that more than a few of the flats will have failed to find buyers by the time the residence opens. Prices in the UK’s highest-value housing market had fallen nearly 20% by October since their peak in 2014, and high-end home sales were down by a quarter.

In the meantime, the construction of what will become London’s latest luxury residence continues at 48 Carey Street. But if the debate on the role of luxury units in London’s housing crisis remains opaque, students and teachers will have a clear view of their newest neighbour for decades to come. 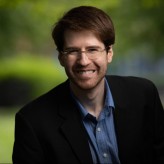