2 weeks ago it was National Chocolate Week – I know, who knew there was a week dedicated to the addictive treat – and many restaurants were putting on specials in addition to their usual a la carte. Almost all had desserts as the additions, as you would expect, but The New Street Grill took the idea to new heights by serving venison with parsnip crisps, raspberries and a dark chocolate sauce.

The venison itself was beautiful, a tender cut perfectly cooked so that it was very easy to eat with great flavour. The parsnip paste was also very nice and worked well with the venison. However, I was incredibly frustrated by the length of time it took for the dark chocolate sauce to come out. The lack of clarity in explanation before meant that Harit and I didn’t know if the sauce was already on the meat or not which lead to us eating half of the meal before the sauce was brought out. This was such a shame, since we then did not eat the dish as it was properly meant. The sauce itself wasn’t as chocolatey as I was hoping for, a larger ratio of red wine than cocoa, that was nice, but not what it was advertised as. The temperature of the food also wasn’t so great; something I hate to see generally, but especially so in a non-vegetarian dish since it ruins the texture of the meat.

The decor was lovely, comfy seats and very well decorated restaurant totally giving the gentlemen’s club vibe. I didn’t realise, however, how literally they would take the gentlemen’s club idea. I was literally the only woman bar one dining in the restaurant, and Harit and I were certainly the youngest by about a generation. This made for a rather uncomfortable vibe, especially as this was continued when the sommelier would only talk to Harit and not even look at me because Harit was the man and I the woman… even though I was the one doing the review.

Overall, I would say the meat is excellent and the restaurant is good for game. I would say it is more of an all male business dinner style restaurant, not the date-appropriate restaurants I normally review, so if this is what you are looking for then great. But, as a feminist, I’ve got to say, I wouldn’t recommend it just on principle of the way women were treated: I certainly do not like having my autonomy questioned like it’s the 1950’s.

What Did We Have? 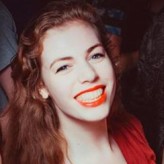 Philosophy and Economics 3rd Year with a penchant for great food, stunning restaurants and fabulous nights out