I am proud to be an American. Despite all the political turmoil with the last election and subsequent and questionable legislation, I have still felt a deep connection with my country of origin. Certainly, many American students at LSE – despite receiving a great deal of questioning and good-natured teasing from our international counterparts – have a great deal of pride for all the great opportunities, sights, and quirks of their home states and nation. I myself am quick to mention my home state of Colorado to the point where I’ve either sold friends on visiting or made them sick of hearing about it.

Despite this pride, what I cannot defend to my international colleagues at LSE is the constant stream of news of yet another mass shooting. Since arriving at LSE 6 months ago, there has been three major mass shootings in the United States: the October 17th Las Vegas shooting, November 5th Sutherland Springs Texas Church shooting, and most recently the Stoneman Douglas high school shooting in Parkland, Florida on February 14th. All combined, 101 people lost their lives. The United States is not a failed state; it is not a war zone; yet 101 civilians – doing the most basic of activities like attending a concert, going to church, or attending school – have died by the hands of individuals in possession of firearms. The 101 victims of these recent attacks are just the tip of the iceberg of gun violence in America. The prevalent gun violence in the U.S has touched almost every American in some form or another. My beloved home state Colorado was the site of the Columbine High School Massacre, the first major American school shooting to spark gun control laws. Going to school in Denver, I regularly passed the Aurora Movie Theater in which 12 movie-goers were senselessly shot down. Minutes from my parents’ house in Colorado Springs, a man armed with a semi-automatic rifle held a Planned Parenthood clinic hostage in a five-hour standoff resulting in three deaths. Countless Americans have stories like this; even worse, countless Americans have firsthand experience of gun violence. I am proud to be an American, but I can neither defend nor ignore the heinous violence occurring across the United States due to ineffective gun control.

Gun violence occurs in every state; every community; at every age. Possibly the most shocking aspect is how regular the site of attacks are. Victims of these mass shootings are just doing every day activities. Most across America do not live in extraordinary circumstances: they go to work or school; they go on everyday errands; or they enjoy leisurely events. Yet, the normalization of gun violence in the United States has made these otherwise normal occurrences potential war zones. Many have placed more importance on an outdated constitutional amendment, originally designed to protect a young and weak country, than the safety of individual lives. Americans have become desensitised to not only the sight of guns but also to each new shooting as something that could not have been prevented. To the rest of the world, this is astonishing. In the UK, there has been only one school shooting. The Dunblane school massacre happened in 1996 and led to immediate firearm legislation. Shooting after shooting in the US has failed to lead to any change. We see ourselves as the greatest nation on earth yet the fact that we as citizens have to live in constant fear of falling victim to gun crimes reminds one more of a war zone or a failed state. The U.S is failing its citizens when they cannot attend to their most basic needs or rights without fear.

With each shooting, we think this must be it; this must be the one that will finally enact change. This has been the line of thinking since Columbine High school massacre in 1999. It is hard not to be pessimistic on the matter, but the recent attack in Parkland has the potential to be a tipping point for gun legislation thanks to the student victims turned advocators. These students have created a momentum and have created a continuing narrative for effective gun violence legislation. In one interview, Stoneman Douglas students summed up their frustration, fear, and pain, saying: “its not fine… its not normal.” Gun violence should never be the norm; we do not have to accept it. With this in mind, I appeal to all American students and sympathetic international students to take part in the discussion. On March 24th the student activists of Stoneman Douglas are marching on Washington; on March 24th students will also gather in solidarity here in London at the American Embassy. For more information please visit: March for our lives 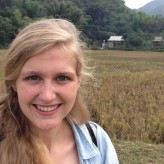