PostCapitalism author says in order to defeat the New Right and AI domination, we need to revisit the moral philosophy of Aristotle and reconfigure universities

Go to the first half of the interview…

Former Economics Editor at Channel 4 News, and author of 2015’s PostCapitalism: A Guide to Our Future, Paul Mason argues in his latest book that a reexamination of ethics and human values is necessary if we are to survive the current crisis of liberal democracy and the impending domination of artificial intelligence.

Last week Mason spoke at LSE’s Sheikh Zayed Theatre about Clear Bright Future: A Radical Defence of the Human Being, and I got chance to talk to the former broadcaster about the book and his thoughts on today’s European Parliament elections. Below is the second part of a lightly edited transcript of our conversation. The first part can be found here.

One of your solutions in Clear Bright Future is a new societal dialogue in moral philosophy, and you talk about the need for a resurgence of Aristotelian virtue ethics. What are the contemporary virtues Aristotle would prescribe if he was around today?

Our powerlessness under neoliberalism could be an entry-level drug to a much wider powerlessness that we experience once machine control takes off. When machines become autonomous, they will ask us: on what basis do you demand control over me? To answer that question, you need a theory of human beings, something that in social science departments went very unfashionable after postmodernism.

I’m worried by the rise of post-humanism, which is the new postmodernism. Postmodernism is no longer a money-spinning operation for universities because it leads nowhere, there’s no operational knowledge. Postmodernism has evolved towards critical post-humanism — the assertion that technological change and social fragmentation have already removed our status as human beings. The first thing is to have a theory of human nature, and mine is the Marxist one: we are biologically evolved — by complete accident — to be engineers, imagineers, linguists, co-operators. For me, that is the basis of a teleological proposal: we could probably over time liberate ourselves from want and transform our own selves in the process.

That’s a process; it’s not a given. A theory of human nature with a teleology gives you the ability to to say: “I do demand the right to control the machine”. But the argument of the book is ethics won’t do. Ethics are in one sense only the same as morals, but what they’ve become rule sets for modern life. Once Rawlsian, deontic philosophy overtook utilitarianism in guiding the way most governments and lawyers think about about morality, the temptation is a series of rules. The average CEO, confronted with artificial intelligence, is going to go: “Shit, we need some ethics”. But my argument is that neither utilitarianism nor Kantian deontology actually answer the question: what should a human being be like?

The two philosophies that do are Nietzscheism and Aristotelianism. If you program the computers with Nietzscheism they’re going to assume they’re the Superman and destroy you. That’s not a facile point, it’s a very important point that’s made time and again by sci-fi writers. So I want to defeat Nietzscheism, by placing modules of utilitarianism and Kantian eternal rules into the answer, but creating an overarching vision of humanity. I believe it’s possible to extrapolate from Marxism and Aristotelian humanist virtue ethics. I am not a moral philosopher, but I suggest some of the reflexes — I call them reflexes rather than virtues — we might adopt.

The original Aristotelian virtues are the virtues of a warrior state, and I believe we’re going to have to become a kind of warrior state against fascism. The book ends with a critique of Foucault’s rather joking exploration of postmodernist virtue ethics, ‘A Guide to Living the Non-Fascist Life’ — they are all Quietist: don’t be angry, don’t be sad, don’t be a Nazi to yourself. No, we need to live an antifascist life. If you try saying the words ‘non-fascist’ or ‘antifascist’ down the pub, you very quickly discover their moral difference: one gets you into a lot of trouble; the other gets you into a yoga class. The book is not an attempt at moral philosophy; it’s an attempt to persuade people to become, once again, intelligent clients for moral philosophy.

You’re speaking at the LSE. The book isn’t a treatise on moral philosophy but it aims to bring the impetus to society to re-examine and go back to the hard work of ethics. What do you think the role of higher education institutions will be in that?

The first thing you’ve got to realise is that the enemy are coming for you. If you read the writings of the neo-reactionary movement — these are people creating the new thought architecture of fascism — the enemy for them is ‘the cathedral’ as they call it: the university and the mainstream media. Both are sources of truth. You may not be interested in the neo-reactionary movement; it is interested in you. That’s why the right keep turning up on campus — they’re not intending to create free speech; they’re trying to create a dispute about the possibility of truth. I’m sorry to say the Chinese Communist Party also tries to do this on some British campuses.

Dispute is the very basis of the scientific method, we shouldn’t be frightened of dispute. But a dispute over the possibility of truth I’m afraid disarms us. The first thing is for universities to be confident, and above all to continually celebrate — while questioning — the scientific method, born in the Enlightenment and developed over the last three or four hundred years.

The second thing is specific to artificial intelligence. I have spoken to quite a few people who are in the world of AI. Time and again you meet people who basically say: “I really think the ethics of AI are interesting, and while you’re discussing it I’ve just built a killer robot.” I went to a prestigious UK university to talk exactly about the civil society aspects of AI and it was not really obvious to most of the engineers there, just by publishing a paper academically you can be committing an ethically challengeable act. There are Chinese companies that sit ready to translate every academic paper on AI written by anybody with verifiable connection to functioning AI. The state has mandated in China that the private sector must share all its intellectual property. Is it ethical even to publish?

I think it is: let’s try and fight for the right to do that. But I’ve been discussing the idea of creating virtual faculties inside universities which leverage their existing expertise in law, medical ethics, engineering and neurolinguistic programming where that exists. Because what these engineers don’t know is that actually sitting in the other building — at the other end of campus with some weird looking people with green hair and nose rings — are people who are experts in the very questions that they’ve stumbled into.

You think that Brexit should be stopped, or there should at least be a second referendum. Last September you called the Labour Party’s position “frustrating”. It doesn’t seem to have got any less frustrating. I’m someone who thinks that Brexit will be disastrous for the country, especially the least well-off, and so we should do everything in our power to stop it. I think that should be the mission of not just liberal democracy, but the left. Who should I vote for in the upcoming European Parliament elections?

Well I’d say Labour, the Greens, or the SNP if you live in Scotland. As a Labour member, I’ll be voting Labour. If Brexit’s the worst thing that happens to Britain, I’ll be relieved.

My position has evolved because of this: I was happy to use the smallness of the Leave majority, and its erosion over time, to argue with those who want to leave for a soft — i.e. ameliorate the impact — and maintain a form of common ground. I went along with that until the Chequers deal and it became clear to me during the Chequers crisis that no deal would get through Parliament and therefore we’re going to need a second referendum.

As it turns out a second referendum can’t get through Parliament unless there is a deal attached to it. That is the so-called Kyle–Wilson proposal. I think me, my friends in the People’s Vote movement, and people in Labour, can gravitate towards that. There needs to be something to be voted on. It clearly isn’t the Withdrawal Agreement because May’s effectively said its dead. I want to live on the same island with perfectly decent people, some progressive, some socially conservative, all democrats who want Brexit. So for me, if parliament votes for a soft Brexit deal, I will oppose it in the referendum, but I think it’s legitimate for that to come to a conclusion.

My argument with people who simply say, “revoke or ignore it” or “it’s terrible so we just have to stop it by any means”, is it just risks needlessly alienating people and in any case the question is what is Britain’s semi-detached relationship from Europe? If you read the #FBPE stuff — all the people on Twitter obsessed with Europe — it’s as if we haven’t got the opt-outs from Schengen, the budget, the euro, and ‘ever closer union’. This was not a Britain hurtling towards a federalised Europe.

I think the European elections are going to be what is technically called a ‘shit show’. The people who want to make it into a referendum on Brexit are the Brexit party, they’ll mobilise their base. Everyone else realises, it either won’t happen, their seats won’t be taken. How can you campaign if you’re simultaneously trying to get a deal? This is Labour’s conundrum and as a Corbyn supporter I am openly frustrated with him and the people around him for not having a clear line.

But I’d say to [LSE] students: our project is bigger than Brexit. If we can ride out Brexit, either in the form of a Norway-style deal or defeating it, then the way is open for a shattered Conservative Party, the right of British politics shattered between two projects: one is liberal conservatism, relatively global in focus; and one is an economic nationalism, fuelled by increasingly racist sentiments and neo-colonial fantasies. Good, because we need to get rid of this force from power for a generation. They have to be reformed, reborn in a pro-global, socially liberal form, because your generation is never going to go back into Doris Day-era social conservatism.

I want a Labour government that will enact radical change. If Labour were to put itself at the head of a Progressive Alliance — of Green voters, SNP/Plaid voters, Sinn Fein in Northern Ireland and the SDLP, maybe the Alliance party if they want it — if it were able to do that, it could enact constitutional change for a century, get rid of the Lords, regional devolution, city governments, maybe even fiscal autonomy for cities, and, ultimately, the beginnings of the post-capitalist programme: co-ops, credit unions, ethical banks, investment in unorthodox business models, state capital for cooperatives, which has been the dream of the left since the 1860s, since Ferdinand Lassalle, Marx’s great enemy. Marx always said this is impossible; I think it’s the centre of our program. It’s a bunch of co-ops or non-profit businesses with access to capital from the state. I think that Labour is the route to that. The SNP are doing it in Scotland, very tentatively, because they’ve got a tiny Scottish national investment bank. If Labour deploys billions, into a regionally and locally focused national investment bank, we could transform Britain. 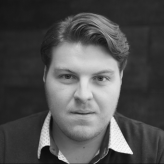