There were mixed feelings on campus last week, as some students proudly wore poppies on their lapels while others held back from buying them altogether. Even LSE’s Director, Minouche Shafik, reportedly went without a poppy during a one-on-one event with former Prime Minister Gordon Brown on Wednesday. The Poppy Appeal stall, which was selling the traditional red badges in front of the SU building until Saturday, reported “fairly slow” business all week.

The Poppy Appeal is an annual donation drive in the run-up to Remembrance Day organised by the charity British Legion. It marks the end of the First World War and sees donors purchase paper poppies with proceeds going to war veterans, memorials and other such services. Walking around the university, it appeared that only a minority of students had chosen to take part, yet it remained unclear whether this was a symptom of indifference, forgetfulness, active opposition to the Appeal, or other factors.

“A few people have come to the stall to ask us why we’re selling poppies,” said Alice, a member of the Raising and Giving society, which ran the poppy campaign on campus. “I think it’s nice that there’s a dialogue about it. It’s a politically charged university, but I haven’t had a negative conversation yet. It’s generally constructive. People want to know whether it’s glorifying war but I think it’s apart from that. The Appeal is about supporting veterans, PTSD sufferers and war memorials.”

Yet others had reservations, highlighting the option of alternative symbols of commemoration. “It’s not that I disagree with the Poppy Appeal, but I think that white poppies are a better idea because they stand for peace or pacifism,” said Heidi, a postgraduate History student. “I think that civilian deaths should be acknowledged more. Also, a lot of (POC) soldiers were conscripted into war from British colonies and died for a nation that didn’t view them as equals – where are they acknowledged?”

“It’s more a commemorative symbol than anything else,” said Louis, a third-year Government and History student who explained to The Beaver why he was wearing a poppy. “People died for the liberties that we enjoy today and it’s important to understand the sacrifices that were made by Britain and by Commonwealth and other countries around the world. It’s also important for Britain’s national imperative.”

The number of poppies on campus may not necessarily represent the actual levels of student support for the Appeal. At the stall, Alice explained that a number of students had donated to British Legion yet had not taken a poppy to wear. There has also been clear evidence elsewhere of other students engaging in dialogue on the issue in various LSE-related forums online and around the university. 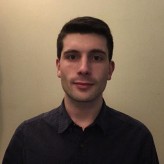