Margaret Atwood and Germaine Greer, two prominent feminists, have recently taken flack for their comments on the #MeToo movement. Margaret Atwood has defended due process in the legal system, claimed the movement is being dominated by extremists, and has led to people not yet proven guilty being subjected to a witch hunt. Atwood is right to warn us about “vigilante justice” becoming a “lynch mob habit” since careers can be ended by accusations, even if untrue. She does acknowledge the problems with the legal system at present, but does not advocate resorting to extra-legal measures. Germaine Greer, on the other hand, said that if a woman agrees to sex as a means of getting a job, that is tantamount to consent and this retrospective “whingeing” is uncalled for. She wants a return to the “old days” in which women weren’t afraid to reject men, and believes that rape should be ditched as a crime altogether because the burden of proof is too high, and we should instead replace it with a “coherent law of sexual assault”.

The #MeToo movement has temporarily given women both attention and power, but it is questionable as to what this is being used for. There is a need for due legal process: it is one of the pillars of a just society. However, given startlingly low conviction rates, such as that of 6% in the UK, the legal system has failed many victims of rape and sexual assault. It is therefore unsurprising that the media is being used as an alternative means of achieving some sense of justice or retribution. However, it should not become the norm that society assumes those accused are guilty until being proven innocent.

People are using social media to target celebrities, presenting the risk of others coming forward to accuse them with stories that appear to contain a performative element. The story about Aziz Ansari brought forward by a woman, “Grace”, has been criticised for what Caitlin Flanagan has deemed “clinical detail” which seemed to serve no further purpose than the humiliation of Ansari. Ansari was coercive and his behaviour should not be condoned, but what appears to have been a disappointing sexual encounter has led to disproportionate punishment of the comedian.

I mean in no way to trivialise these issues, but would like to look, instead of at the apparent villainy of men, at the culture and language which have given rise to the movement and its criticisms. “Consent” is the term widely bandied around in this discussion, but it is a dubious and imbalanced one, as I have come to realise. This goes against notions which many young women have become acclimatised to, one which young feminists have adopted for their slut-walking ideologies and feminist liberation. This has often led to a binary in thinking between assault and sex positivity once “consent” is deemed to be present, which ignores any grey areas where consent is present, but desire is not. The New Yorker article “Cat Person” was widely shared for its discussion on the complexities fraught in casual sex, and how desire may flicker in and out during it. I do not believe consent is synonymous with desire, and it is not in the law, which I do not advocate a change to.

The mens rea of rape requires proof that the defendant intended and did not reasonably believe that victim consented to the act. I agree with Greer that the burden of proof is perhaps too high because there is such an onerous tariff on the defendant if proven guilty, but lessening this standard would also pose problems. It might be a more positive measure to instead examine society’s understanding of consent as it currently stands. Women often say no in gentle ways so as not to endanger themselves or hurt their partner’s feelings, especially since sex is usually an intercommunal act, taking place with people they know. Furthermore, in a culture saturated with rough sex pornography and the idea of “teasing”, it is easier for there to be a mistaken belief in consent. These are all grey territories, and difficult to navigate, especially when being regulated in the law, which is why I do not advocate that desire should be a requirement for consent.

In part, rape is legislated for on the basis of the existence of a mens rea. Therefore, consent can be found in situations of drunkenness, acquiescence or social vulnerability. However, Greer is right here, regardless of the reasons behind it, the law will see acquiescence as consent. It would be difficult for the law to limit consent to a definition which includes desire, given that each situation has its nuances, a lot of which occurs in the mind and may not be made obvious to the other person involved.

It would be an extravagant measure to penalise every act which makes a woman uncomfortable regardless of intent or to make the norm that of constantly checking up on one’s partner. We must be realistic in acknowledging courtship rituals and that sexual invitations are usually made by men due to cultural norms. The objective we should move towards is a standard of reasonableness based on healthy sexual interaction, which the ongoing discussion is helping to promote: one which includes both verbal and nonverbal cues and where women aren’t burdened with the responsibility for halting unwanted male sexual desire. The demonstration of desire from women, particularly in conservative societies, can be seen as unappealing or reflective of a promiscuous nature. If, as Peggy Orenstein suggests, parents encourage daughters to acknowledge their own desires so that sex becomes a mutual act instead of something which is done to them, then the discourse and understanding around consent and desire may evolve.

While I do not advocate a change to the definition of consent within the law, I hope that the ongoing discussion which has been facilitated by the movement will encourage progression of the idea of reasonable belief. Given the consequences involved in merely accusing someone, due process is still important and while the media is a powerful tool for denouncing acts which the legal system has failed to punish, the power which women are commanding at present needs to be used for positive objectives instead of a witch hunt. Outside of the law, while Greer wants a return to the good old days of harshly shutting down unwanted sexual advances, it would be a nice change if we could progress to the point where partners looked out for each other’s cues, not to ensure there is “consent”, as it were, but mutuality. 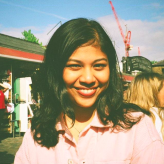