Humour, heart and soul in the battle for the heart and soul of the Labour party. James Graham’s latest offering to the West End stage is a triumph. Brought to life by a stellar cast including Tamsin Greig and Martin Freeman, Graham’s satire gets my vote.

The play is set in the constituency office of the fictitious Labour MP of 27 years, David Lyons, who is facing defeat in the 2017 Election. The ideological disputes between him and his election agent, Jean Whittaker, take centre-stage in this story of political and emotional passion. The audience are shown snapshots of the office from 1990 to the present day and are taken on a hilarious journey through the recent history of the Labour party. The office is an effective microcosm of the party and the fight between the centre and the left with Freeman and Greig avoiding the easy mistake of portraying the characters as contrived symbols with their commendable authenticity.

Greig’s genuine, human portrayal of the bubbly Jean Whittaker is the highlight for me. She captures the hearts of the entire auditorium with her sheer authenticity. Greig stepped into the role at the last minute after Sarah Lancashire withdrew on health grounds, but it is hard to imagine how the role could be played any better – Tamsin Greig is captivating at every turn. Freeman’s David Lyons is played with warmth and sincerity – his corporate exterior is broken down by his companion. He is a man torn between his career and his personal life. Together, Greig and Freeman are a formidable pair with pristine comic-timing and a loveable, believable compatibility.

It is no coincidence that Graham has two plays simultaneously running on the same street – his writing is sublime and his ability to capture current affairs in an engaging way is first-class. His satirical commentary is subtle and effective and is woven into a much more human plot.

Witty, slapstick and rawly emotional. Running until 2 December, this is a must-see. £10 day seats are available from the Box Office from 10:30am everyday at the Noël Coward Theatre. 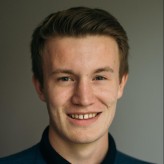