The recent success of Bong Joon Ho’s Parasite has brought global attention to the South Korean film industry, with the highly acclaimed black comedy thriller earning countless awards and nominations, including two BAFTAs and six nominations at this week’s Academy Awards. Parasite is the latest in a long line of cultural exports that have caused people around the world to realise that there is much more to South Korea than its headline-grabbing relations with its northern neighbour.

In recent years, South Korea has been successful in leveraging its cultural products for soft power. The massive increase in global popularity of Korean culture since the 1990s is often referred to as ‘Hallyu’, meaning ‘Korean Wave’, which political scientist Joseph Nye defines as “the growing popularity of all things Korean, from fashion and film to music and cuisine.”

The PyeongChang Olympics two years ago provided an opportunity for Korea to display this soft power on the global stage, with its ceremonies soundtracked by hits from world renowned K-pop artists such as BTS, Psy, Bigbang, and Red Velvet. Besides K-pop, Korean television dramas have also gained popularity in the international market. Netflix has already increased its Korean content significantly, and recently signed contracts with two Korean production companies to bring over 40 K-dramas to the streaming site within the next three years.

The Korean wave has also been linked to a huge increase in the number of people outside of Korea studying the Korean language. According to the Modern Language Association, between 2006 and 2016, the number of American college students taking Korean classes almost doubled. This represented the largest increase among all languages with more than 1000 students enrolled. South Korea has also recently announced plans to open 30 new King Sejong Institutes – state-supported Korean language institutes – across the globe this year alone. The Chief of the King Sejong Institute Foundation, Kang Hyoun-hwa, told Yonhap News Agency that “boosted by the popularity of K-pop idol group BTS, a boom of learning Korean is growing globally,” demonstrating the Korean government’s readiness to build its soft power on the foundation of the country’s cultural exports.

It is notable that this expansion of the King Sejong Institutes is focused on regions such as Africa, Central and South America, Russia, and the Commonwealth of Independent States (CIS). In a recent book entitled “New Kings of the World,” Fatima Bhutto has linked Korean popular culture to “the end of American cultural hegemony” and highlighted its particular importance as an alternative to Western culture in many non-Western societies.

South Korea’s soft power strategy is not just about its global image – evidence suggests that it has also yielded significant positive results for the country’s economy. The Hyundai Research Institute has estimated that BTS alone brings more than $3.6 billion into the South Korean economy annually. This figure not only reflects sales of albums, concert tickets, and merchandise, but also includes the boost that such idol groups bring to the Korean tourism industry. Idols such as EXO have become ambassadors for the Korea Tourism Organisation, and some holiday providers offer Hallyu themed tours, visiting the shooting locations of films, K-dramas, and music videos.

More generally, Korea’s soft power initiatives have caused a new wave of interest in the Korean peninsula, with many people seeking to understand South Korea’s social and cultural issues in their own right, rather than constantly viewing the country through the lens of relations with North Korea.

The LSESU Korea Future Association is the largest student-run association in the world focused on issues relating to the Korean peninsula, and it aims to bring such issues to the attention of students and professionals through lively discussion at an annual event, the Korea Future Forum. As the name suggests, this event is forward-looking, focusing on the future prospects for Korea from a variety of angles. For the past five years, the KFF has gathered together many of the world-leading experts in Korean affairs for panel discussions on topics including the economy, security, technology, and feminism.

This year’s Korea Future Forum will take place on Saturday 29th February in the Old Theatre, with the title ‘Korea’s Ascent to the Global Stage’. The panels will discuss foreign policy, the fourth industrial revolution, the criminal justice system, and K-culture. Tickets are available via the LSESU website, with a reduced price for students. The KFA also hosts Guest Speaker events, including upcoming talk and Q&A this week with Sokeel Park of the organisation Liberty in North Korea. Full details can be found on the KFA’s website and Facebook page. Whether you are a long-time student of Korean foreign policy, a K-Pop fan, or completely new to Korean affairs, we hope that you can gain valuable insights from all of our events, and look forward to seeing you there! 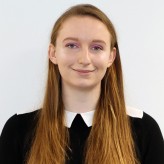