The controversial journalist returns with a polemic that explains why Brexit hasn’t happened, and why it is unlikely to happen. But what – if anything – would Rod’s Brexit look like?

It’s all maths, really. Not the ordinary democratic maths, according to Rod, that saw 52% vote to leave the European Union. No, it’s the cleverer maths. The type that says we’re all equal, but that some are more equal than others. And that if you’re a member of parliament, the broadcast media, or liberal elite, you’re opinion significantly outweighs the rest. As the aforementioned three groups are staunch Remainers, the idea of Brexit was dead on arrival. The crux of Rod’s thesis is sure to ruffle some feathers. Though he retains his sense of humour throughout, demonstrating plenty of wit as he lays out why Brexit was betrayed, it’s a bleak interpretation of the current state of parliamentary politics.

“Disingenuous, dishonest” was how the Guardian summarised The Great Betrayal. During a debate with Tom Baldwin on Newsnight to promote the book, moderator Emily Maitlin took Rod to task for ostensibly backing Brexit merely to play the contrarian and make some money. Believe it or not, these are some of the nicer things people have said about the much-maligned author. Such short shrift does a great disservice to who is otherwise a great writer with something to say.

The Great Betrayal is at its strongest when critiquing both sides of the Brexit campaign. This may be a clever way to preempt criticism, though he remains surprisingly convincing throughout, drawing attention to the chicanery of all involved in the campaigning. Rod acknowledges that the £350 million per week pledge to the NHS was clearly a lie, but that Remainers were equally as disingenuous. For example, an article on the Britain Stronger in Europe website read: ‘For every £1 we put into Europe, we get almost £10 back.’ This ambiguous statement is difficult to parse. It seems to suggest we receive money.

Particularly interesting is Lexit, the left-wing case for Brexit. The vestiges of Labour-backed Euro-scepticism may have disappeared from public view, but a quick google will reveal Corbyn’s antipathy. Even Owen Jones, darling of the left, showed support for Brexit before it became unpopular to do so. Rod’s book dives into all of this, happily lampooning a wide range of political actors whose views seem disingenuous and expedient.

However, one cannot help but raise an eyebrow at Rod’s omission of the printing press. Whilst he handily undresses the broadcast media for all of their failures, leaving out tabloid journalism and the impact it had seems devious at best. Rod may be right that Remainers have been known to mischaracterise Leavers as ‘uneducated and racist’ at times, but newspapers did a more than sterling job acting as a bulwark against pro-EU sentiment during the run up to 23 June 2016.

Rod’s criticism is not just reserved for the campaign trail. As soon as the votes were cast and the negotiations began, mistakes began almost immediately. According to Rod, having a parliament and a civil service packed with Remainers could only impede proceedings, as all involved used subterfuge to block Brexit at every turn. Furthermore, having a Prime Minister in charge of negotiations who was so unbelievably bad at campaigning that she missed an open goal and actually managed to lose her majority made the UK’s position even weaker. Not to mention Philip Hammond, then Chancellor of the Exchequer, assuring everyone that a no-deal Brexit was impossible undermined May’s bargaining position, effectively leaving her side impotent in the face of compromise.

Unfortunately, the book does become somewhat shallow as it progresses. It’s more descriptive, listing things that have happened though giving no real insight. He leans on David Goodhart’s Road to Somewhere to explain some of what we’re experiencing. In short, the country is split between Somewheres and Anywheres: Somewheres are rooted in community and are therefore inclined to vote Leave; Anywheres take a more fluid interpretation of borders and nation-states, viewing the world through a more cosmopolitan lens. Despite training as a social scientist, he uses anecdotal evidence – such as a school reunion from which he gathered information on voting patterns from his old classmates – to explain trends.

Rod does spend time discussing how ideas of ‘soft’  and ‘hard’ Brexit have seemingly muddied the water for what should other be a straightforward ejection of the UK from the EU. We spend too much time discussing the prospect of a hard Brexit and all the uncertainty that it brings that we hardly have the stomach for Brexit at all before long. And yet, he does not coherently lay out what Brexit should or would look like. Leaving without a deal under WTO tariffs will do it, right? Rod is well aware that anyone who attempts to lay out a reasoned picture of Brexit will be quickly attacked. It’s a fragile position to hold, so one must keep it ambiguous enough to stymie criticism. What is perhaps surprising is Rod’s tactic support of Theresa May’s original deal, which he acknowledges as being as good as it’s going to get. He isn’t above compromise, even to that degree.

‘What now?’ is how Rod’s concluding chapter reads. The book runs the risk of feeling dated as so much seems to have happened over the last few months since its publication that the book feels as though it was cut down in full tide. He predicts that the cleavages opening up run the risk of dividing our country further, with potentially ugly consequences. We may see more groups such as the English Defence League and Britain First gain more traction in mainstream politics.

In sum, the book was amusing. It’s enjoyable making fun of politicians and it’s certainly easier to criticise than it is to come up with sound solutions. However, I cannot see The Great Betrayal changing anyone’s mind. Its target audience is the hardcore Remainers. The type whose minds cannot be changed. It also runs the risk of being out of date rather soon. Fortunately, we still have Rod’s articles to act as an afterword. 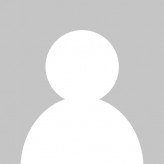