During the European Parliament (EP) elections, EU citizens choose who represents them in the directly elected European Parliament which legitimises decisions in a similar way to national legislatures. These elections also act as a confidence vote in European ideals, which is held every five years. In this year’s elections, though, another function of this process seems to emerge: it becomes a message for domestic politics, with the majority of MPs not always mirroring the majority of MEPs.

In France, a triumphant Le Pen demanded that Macron dissolve parliament ‘as a minimum,’ appealing to the democratic mandate rhetoric. Yet Macron, who still holds a parliamentary majority did not give in, despite the blow to his domestic power and high personal stakes on  the campaign – including appearing alone on election posters. Le Pen pitched her campaign as the ultimate protest vote – her party’s main message was ‘Stop Macron’ – and styled it as a ‘referendum on his policies and even his personality’.

Greece adopted similar rhetoric arguing that the EU elections were  essentially a vote of confidence for current governments. The Prime Minister Alexis Tsipras was the first to declare the significance of the results on a domestic level: ‘On Sunday, people may not be voting for a government, but they will be voting on the policies that will govern the country in the coming years.’ Having lost the popular mandate upon casting ballots for both the EU and the municipal and regional elections on the same day, the prime minister announced that he would immediately request national elections from the President of the Republic.

Why did we have national elections in Greece, but not in France, after the ‘loss’ of the governing party in the EP elections?

Both the Greek and the French governing parties have retained their parliamentary majority, so there is no (legally recognised) threat to their governing status  – their loss is symbolic. But what made the Greek PM announce elections, and not the French, implying that the former government’s legitimacy is more at stake than the latter’s?

First, the 0.9 percent difference in the French race is countered by a difference of more than 9 percent in Greece, the greatest difference ever observed in Greek EU elections between the two leading parties. One could say that having a difference is an absolute, binary concept, whose implications are assessed based on its mere existence. Nevertheless, this would be a miscalculation, as the French and Greek election percentage differences cannot be considered in the same way: smaller differences mean an easier reversal of the percentage difference, as opposed to higher differences, which reflect the crystallised sentiment of the electorate.

Second, the potentially reversible results of Macron is coupled with the fact that for him the elections were more of a midterm (with his government legitimately ending in 2022), rather than a death rattle (the end of Syriza’s parliamentary term was already ante portas, as it was due to October).

Third, the domestic emphasis in Greece was greater than that in France. On one hand, the French had a European substrate. Macron had called the elections ‘the most important since 1979’, defining the vote as an ‘existential fight’ between pro-Europe progressives and Eurosceptic far-right nationalists, and declared himself as the guardian of the former. Le Pen might no longer want France to leave the EU in a so-called Frexit nor to leave the euro currency. Yet she is seeking to unpick the bloc from the inside, promoting what she calls ‘a union of national states’.

On the other hand, in Greece, Europe barely got a mention; the EP election was a preamble for the future Greek Parliament election, not a conscious ballot for the composition of the European Parliament. The decisions of the prime minister announced in the run-up to the contest were interpreted as a last-ditch bid to consolidate disaffected voters, by enacting tax cuts and pension benefits as a counterbalance to years of austerity. Furthermore, current affairs inevitably led to the domestic charging of those elections. The prime minister’s decision to broker a deal (‘Prespes Agreement’) to end a name dispute with North Macedonia earned praise from his European partners. However, this proved deeply unpopular with many Greeks since the name ‘Macedonia’ is an appropriation of Greek heritage by the country’s small Balkan neighbor. Kammenos, his former coalition partner, tweeted that ‘Syriza committed suicide in Prespes’. This agreement signaled the ultimate dropping of the party’s radical Eurosceptic agenda – if ever adopted, after the party’s coming to power – despite the claims of the Minister of Labour, that ‘we will remain a party of the radical left’. This time, Greek membership in the European Union was not a question for the majority of the electorate. Therefore, there is more radicalism in the main political scene of France than in Greece, wherein disruptive paths were isolated in minority parties such as the Communist Party and the Golden Dawn.

What are the implications of EU elections that are dominated by domestic politics?

There exists a ‘democratic deficit’ argument that refers to the thesis that European Union suffers from a lack of democratic legitimacy, since there is only one institution, whose members are directly elected representatives, that is the European Parliament.

Would this domestic emphasis of EP elections be a blow to the democratic deficit of the European Parliament?

It could be the case, since we have to bear in mind that the value of elections is not intrinsic. It does not mean that simply because the EU holds elections, those elections provide the EU with MEPs that hold the democratically mandate. This could be because of either procedural or substantive reasons.

There are no procedural problems in the sense that there are fair elections without corruption. Yet there could be some substantive concerns because the substantive value of elections stems from the fact that they supply legitimacy and accountability to the regime. How would this be achieved? When a citizen votes for an MEP and considers his/her manifesto on European policies, so that when said MEP actually participates in the procedures of the EP and votes for EU policies, the electorate has consented to such voting. But if the voter, when choosing the MEP, ignores his/her stance on EU affairs, then in principle, the voter does not consent on the choices of that MEP on an EU level. As such, concepts such as accountability and legitimacy are challenged.

Therefore, one could argue that as long as voters do not elect EU but national politicians and campaigns are focused on national issues, EU policies will not have gained the consent of the voters and EP elections become a mere illusion.

Nevertheless, on the other hand, such discourse, which requires the EP elections to be completely EU-centric is unpragmatic and maybe even undesirable, given the current status of European integration. This is because under the current paradigm, EU identity is not considered to be mutually exclusive with the national identity of each voter. After all, the EU is not a non-national organisation but rather a supranational structure, and it is this supranational character that we should strive to foster. 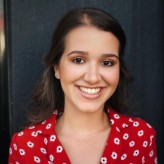