The city of Paris has witnessed chaos in the past month or so. Following President Macron’s introduction of an increased fuel tax, thousands of people have risen up in protest, claiming to be driven by years of parliamentary injustices that have only just erupted. Adorning yellow vests, the compulsory addition on the back seat of all of car users, they’ve taken to the streets, committing themselves to violence, arson, theft, and destruction.

Current events hark back to the London riots of 2011, an ambiguous cause following a police shooting that quickly spiralled out of control, leading the city into total anarchy for days. While the Met Police were able to shut down the turmoil quickly, Paris has not been so lucky.

In further comparison to London, the ‘Gilets Jaunes’ have no clear cut leader, nor material, propaganda or any medium outlining a specific grievance against the government, clearly implying a lack of guidance. Each protester seems to have a different vendetta against ‘the Man’, with no articulation of a struggle to battle government hypocrisy.

A big issue is the uniform. People are uniting in Paris, simply because they’re able to reach into their car, slap on a vest and immediately ingratiate themselves as an esteemed member of the movement. Sadly, this has also allowed far-right extremists to infiltrate their ranks and pursue further attacks, especially on police.

Of course, the media focuses on the protests turning sour. However, whilst peaceful yellow vests are still on the streets, it’s not so obvious anymore. Opposition to police resistance is growing, whilst signs of non-violent demonstrators are dwindling. Yet, if anything, they should be the ones attempting to guide this ‘monster’ (as Minister Christophe Castaner aptly called it), to its conclusion.

Several reports have referred to ‘French history’, as if previous revolutions are some sort of justification for the madness. Furthermore, they cite issues with the government that have built up over time, envisioning the riots as a natural release of tension. This may have applied a few hundred years ago, but we now live in a modern age of negotiation and effective demonstration.

There is an example from England in 2002 of a protest against fuel prices that puts the Yellow Vests to shame. In that scenario, truck drivers in Essex used their vehicles to barricade oil refineries and facilities, causing widespread disruption that forced the government into meeting some of their demands. At no point in time was violence necessary, yet in Paris, police officers and citizens alike are being injured, with the authorities controversially forced to employ tear gas which is unprecedented on turf this close to home.

Macron himself should be standing up to the protesters, or standing down immediately. His weak backtracking on the bill, initiating a six-month delay would never have appeased the public and has expressed a chink in Parliament’s armour that is open for further attack. If nothing decisive is done soon, the riots will only spiral further into hell, as clashes between the police and the public grow increasingly violent. Sadly, the defining nature of the Macron presidency seems to be ‘indecisive.’

The most daunting factor are the implications this will have across Europe. It has only taken one glance across the Channel from our Brexiteer counterparts to adorn their own yellow vests in preparation for potential Brexit-related protests. EDL founder, Tommy Robinson, the latest member taken under UKIP’s wing, is already insinuating violence among their ranks.

True, the fuel tax was barmy and a sign of Macron’s utter disconnectedness with the population, as well as his political naivety. However, the protests were never really about that. Government policy was only fuel to the flame (if you pardon the pun), of growing social tensions across Europe that we have yet to see a climax to, especially in Britain.

The Yellow Vests are just yellow-bellied. If they truly wanted to change the political landscape of their country, they would have employed much more intelligent and reasonable methods of doing so. 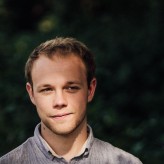 I'm a student based in the red-brick confines of Manchester, spewing political text from home and abroad. Whether it's ambiguously satirical or unironically aggressive, simply depends on my mood.